There follows an account of two seasons of the club’s history in the form of the annual reports presented to members at the club’s end of season Annual General Meetings in 1976 and 1977.

These meetings were held in the Royal British Legion (Women’s Section) Hall in Reform Street, Tayport (now long since demolished and replaced by a residential block.)

During this season, although work was underway on the construction of the club’s new pavilion, the Canniepairt pitch wasn’t yet ready for play. The club’s home pitch was still on the Esplanade side of the East Common and changing accommodation was the wooden former Swimming Club hut (see page 6)with its gas lighting and a ‘multi purpose’, cold water only, Belfast sink.

In October 1975, Scottish Amateur Cup holders Star Hearts (who would ultimately evolve into Junior side Kennoway Star Hearts) were eliminated in their first game in defence of that title, beaten 2-0 by Tayport on East Common.

At the end of May 1975, Tayport reached the Fife Amateur Cup final at the now defunct Leven Juniors’ ground at King George V Park, Leven against Star Hearts who exacted revenge for their Scottish Cup defeat, winning 4-2. Of the four clubs defeated by Tayport en route to that final only one, Methilhill Strollers, still survived in 2020.

Graeme Dandie from Guardbridge was a prolific goalscorer in season ‘75-’76, netting 35 goals in only 31 starts. 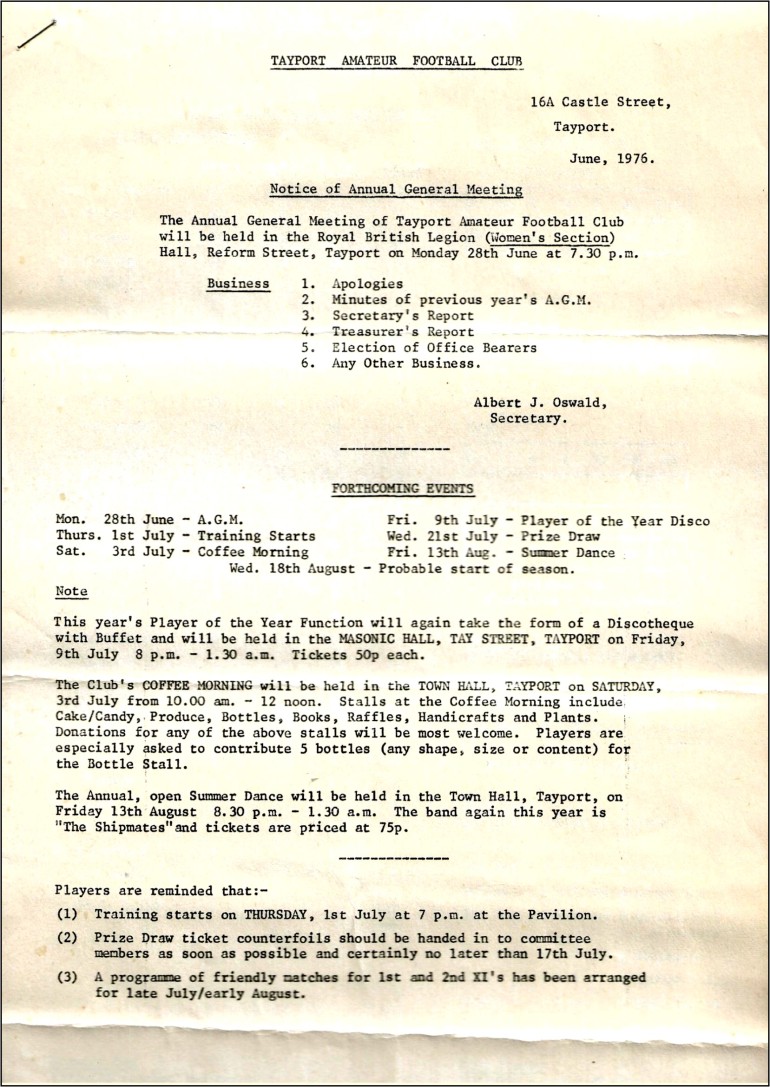 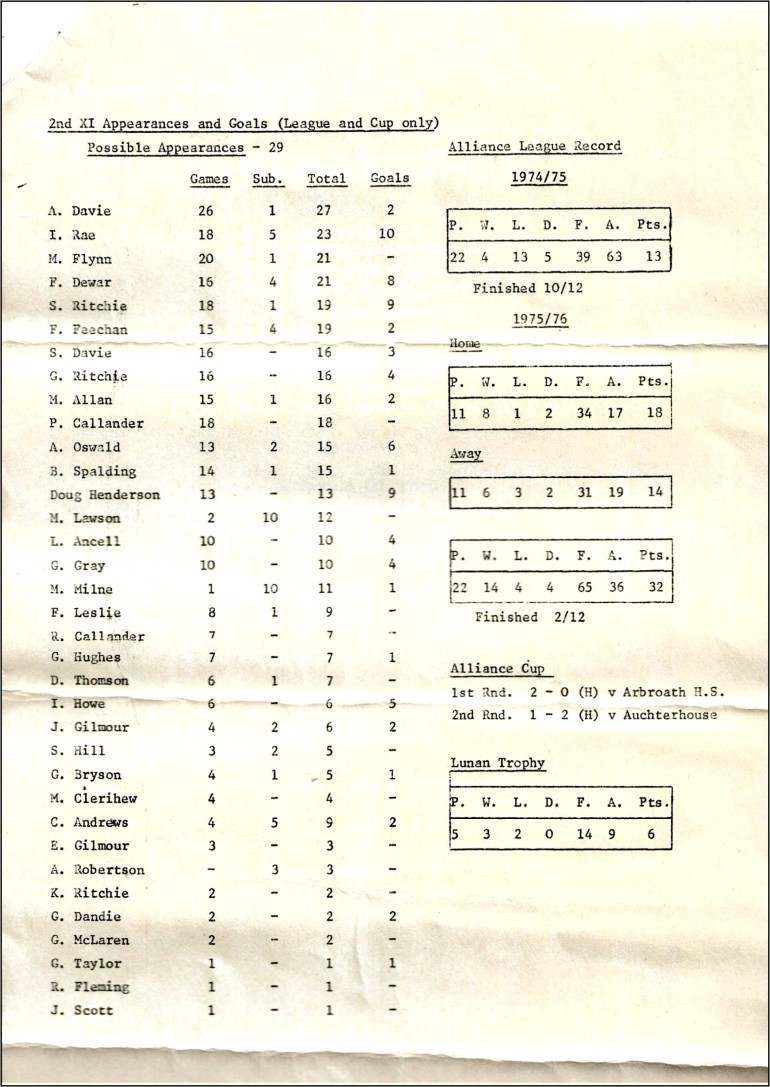 Some notes from the Minute Book